For years, I heard stories about comedians who honed their craft at the legendary Edinburgh Fringe Festival, making the annual pilgrimage along with thousands of other performers. I got my first taste of it in 2015. Initially daunted by the size of the program which resembled a phone book, we decided to just head to any act that took our fancy on the night, and we were not disappointed. Edinburgh, you were great and I will be back. 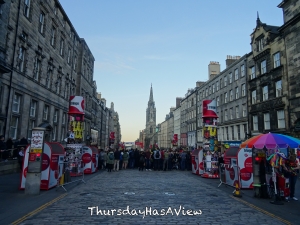 Thistles are everywhere in Scotland, so it’s no wonder this flower is the floral emblem of Scotland. Just as the rose is beautiful yet prickly, the thistle should be approached with caution. Legend has it that this flower became the symbol for Scotland when a barefooted Norse warrior accidentally stepped on some thistles during an invasion of Scotland, and it was his screams that alerted the Scots of the attack and saved the day. True or not, this purple beauty is a sight to behold.

Since the London Eye was launched in 2000, this popular tourist attraction has become one of the most well-known landmarks in the world and offers visitors a bird’s eye view of London. My second visit to “the Eye” was no less exciting than my first, eight years earlier, and being somewhat sunnier was a bonus.

While in the queue (a long one no matter what time you visit, though the lines do move pretty quickly), I noticed someone ahead of us carrying a lot of photography equipment wearing a t-shirt with an Instagram logo that said “@London”. He was in the capsule next to ours and as our giant ferris wheel rose above his, I noticed he was taking a photo of the capsule that my friends and I were in. Naturally, I waved and poked my tongue out (because, why not?). 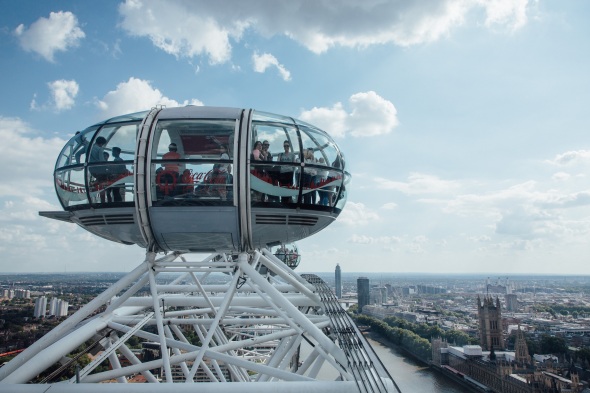 I told my friend, Lou, to wave and she said excitedly “Oh I follow him on Instagram! He takes amazing photos!” So I took a photo of him as well. Later that day, I contacted him  (his name is Dave Burt) on Twitter (@Londongramer), we exchanged emails, and the result was a rare treat for us, and I expect, for Dave as well.

Known as the “Home of the Codebreakers”, Bletchley Park is located just outside of London, looking unassuming and a little rural. But for anyone interested in how the Allies won the Second World War, approaching Bletchley Park gives you the feeling that something extraordinary happened here. During the War, this large estate housed Britain’s codebreaking operations (the Government Code and Cypher School), though to outsiders, this was known as a radio factory.

It was at Bletchley Park that Alan Turing (b. 23 June 1912, d. 7 June 1954) – considered the father of modern computing – built his “Bombe” machine and, along with his small team, broke Hitler’s Enigma Code and helped bring the War to a close. At the end of WWII, due to the high level of secrecy, all of Turing’s work was destroyed. Having signed the Official Secrets Act, anyone who worked at Bletchley were not allowed to speak of their work and achievements. It was not until the 1970s that some of what went on inside the gates began to emerge.

A local group of historians formed the Bletchley Park Trust in 1992 to restore the estate to preserve it as a memory of all the sacrifices and hard work that took place there. The Park’s popularity grew with a new generation of visitors in 2014-15 following the release of the film, The Imitation Game – starring Benedict Cumberbatch, Keira Knightley, Matthew Goode, Allan Leech and Mark Strong – which told the story of Turing and his role in the creation of the Bombe. An exhibition of props from the film were on display at the Park during my visit which made the experience even more surreal. 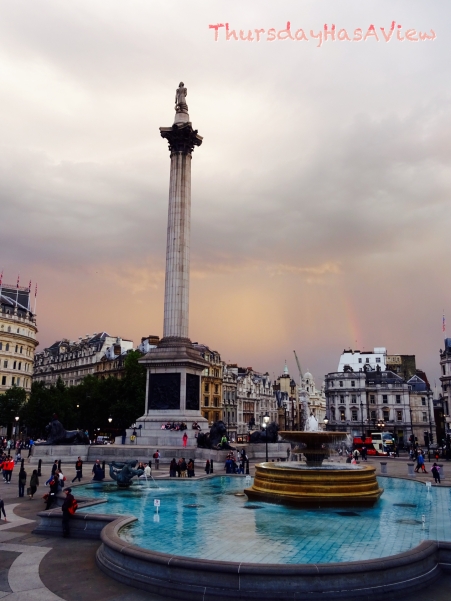